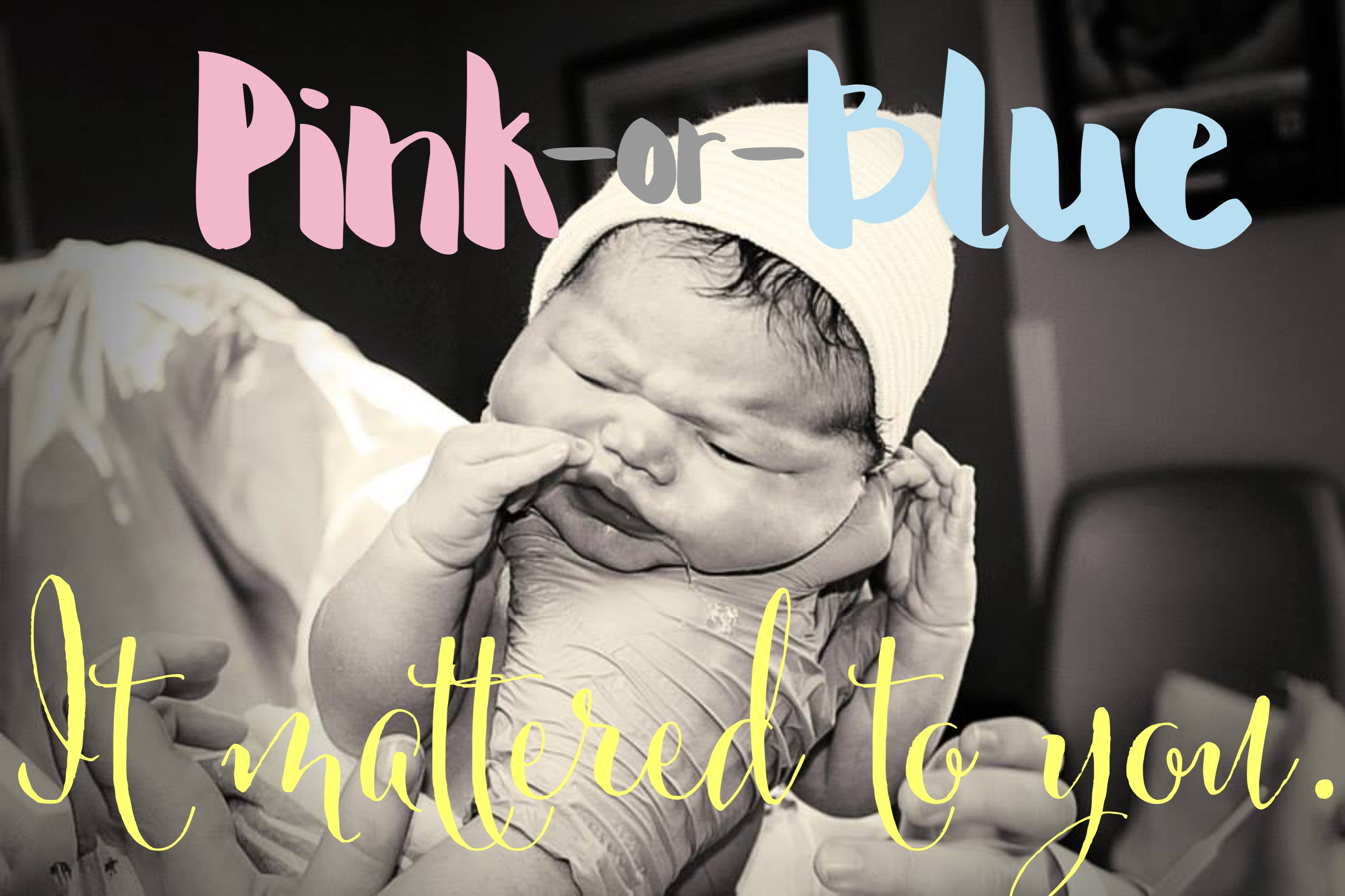 |Finding out the gender of your baby comes with much anticipation and for some this anticipation turns quickly to disappointment. This is a real psychological condition called Gender Disappointment and more women suffer from it than are willing to admit.|

I think the first substantial thought after finding out you’re pregnant, is the hope that your baby will be a healthy one. This of course comes after the inevitable “oh shit, I’m really pregnant!” thoughts that flood your entire body. Whether you were actively trying to conceive or you became pregnant on a whim, that realization is a life changing one! Once the initial shock wears off we all enter the anticipation phase. Most likely you’ve visited the doctor and heard that sweet angel’s heart beat, and that is when the anticipation of girl/boy really sets in. You start analyzing all the gender prediction methods and old wives tales you can find. You do the “heart beat” prediction and it says girl! You do the “Chinese Gender” prediction and it says Girl too! You MUST be having a girl. All rationality that any of these “predictions” are truly just 50/50 guesses are out the window. You’ve always wanted  a little girl. Bows, tutus, ballet class…prom, wedding, their first baby. Wait, that escalated quickly. You’re barely 8 weeks pregnant but you have this little girl’s entire life flash before your eyes and you’re seeing PINK!

Then comes your anatomy scan at 20 weeks, or if you’re as impatient as I was, you pay to have the earliest gender scan possible at a local ultrasound boutique as soon as you turn 16 weeks. Your family is dying to know and everybody asks what you’re hoping for. The truth is you know you’ll love that baby either way but you also know what you are really hoping for. Still, your mouth utters, “I just want healthy.” Because who is actually going to put themselves out there? That is not a skill many people have; to be able voice their raw feelings with ease. The day finally comes and you’ve arrived at your appointment. The ultrasound tech lubes up your belly and starts the scan. Lots of “hmmm”, “ok”, “stop moving you little booger”, “trying to get the money shot”  comes out of the tech’s mouth for what seems like an hour. Then you hear “are you ready to know?” Of course you’re ready, you’ve been ready for weeks now but of course they have to ask. Then you hear it “BOY!” “Boy!?” As excited as you are to finally have that much closer of a relationship with the little human you’re growing in your belly you cant help but feel a disappointment in all your big “mommy/daughter” dreams. Secretly your heart is broken. Boy. You’re having a boy. This my friends is called Gender Disappointment and it is nothing to be ashamed about. Although this isn’t the most talked about feeling, it actually is very common. Some overcome it quickly and others need a lot more time to cope. It’s not selfish, it’s not ungrateful, it’s a true raw feeling that I think most people are to scared to voice. There is so much comparing in todays world and people are so quick to judge one another. I feel like most times we are ashamed to feel any certain way because in the back of our head we know someone somewhere has it way harder, but the truth is we are entitled to feel any way we want and owning that is the first step.

There are plenty of articles out there to help women (and even men) cope with these feelings and here are a few that I found:

My story is a little different. Although I have never personally felt gender disappointment during a pregnancy, I can relate to the feeling and the anticipation. Having two babies so close in age, I knew I would love for them to be the same gender. That wasn’t a feeling I voiced much at all to family/friends, but in those early weeks that thought did consume me. My oldest daughter would be 16 months when the new baby came and I knew I wanted her to have a sister. I cherish my bond with my sisters and I wanted that for her. When it came time to hear what we were having next I felt very nervous. Almost as if I didn’t want to know because I didn’t want to feel disappointed. Those feelings were there so I was setting myself up for disappointment in a way. We ended up having a second little girl and I couldn’t have been happier but it could have just as easily gone the other way. But now as my girls are getting older and we start talking about a third all those feelings come flushing back. Again I think about a sisters bond and I would love nothing more than for the girls to have another sister, plus I wouldn’t have to buy one piece of clothing which is a relieving thought in itself. But at the same time, I have all those feelings of desire about being a boy mom too. I think how much the girls could benefit from having a brother and I start to feel a little desire there. Let me make sure I state that I am not even pregnant yet but these feelings are already present. I know I can’t be alone in this, right? I know the second we decide to get pregnant again I will be flooded with questions from family and friends. You know the ones like, “are you hoping for a boy!?” “Are you guys trying for a boy” and so on. The truth isn’t we aren’t trying for anything. We talked about how many kids we wanted before we had kids, regardless of their gender. I’ve always wanted 3-4 kids and I’m not going to “keep trying” for any specific gender. All this unnecessary analysis by the outside is overwhelming then add your own disappointment and it is recipe for disaster. When it all comes down to it we all are humans and we need judgment free support systems. We all are hoping for healthy babies and in the end when you hold that tiny human in your arms it will be the most amazing rush you’ve ever felt and the love you have for that baby will be like nothing else. Until then find a support group that you can lean on or be a support for a friend because thats what we all need! And remember, although it may be hard for one to understand, Gender Disappointment is a real  emotion and pregnancy is an emotional ride as it is leaving expectant mothers more vulnerable than normal.

The New Tooth Brushing Tradition That Will Make Your Kids WANT To Brush Their Teeth: Tooth In The Booth

Handcrafted Comfort with Lulu and Roo